There are 56 known species of rats in the world. Fortunately, here in the Clearwater/Tampa Bay area, our main problem is with only one…the roof rat…commonly referred to as the “fruit rat”. 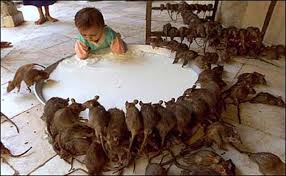 One of my mentors, Bobby Bug (affectionately known as Bug) used to tell a story of when he was a salesman. He got the call form guy that saw a rat in his garage.

So, he went out to inspect the house and give him a proposal for what it would cost to get rid of his rat problem.

After looking at the price he says “That’s as high as the ears on a giraffe. For that price, I’ll do it myself.”

And so, Bobby lost the sale…or so he thought. 3 days later, he gets a call from the same gentleman, asking if he could send someone out to take his rat problem.

Bug’s response, “Absolutely, but may I ask why the change in heart?”

The Customer began to describe what happened. “I was sitting on the toilet and felt something touch my butt. I jumped up and saw a 15 inch, nose to tail RAT!!! I ripped the towel bar off the wall and went after the rat. By the time I was done, I had broken the toilet, shattered the mirror and ripped the shower doors off. But, I got the $#@(&^% Rat!!

About this time my wife runs in “What the heck’s going on in here?”

Once she saw what had happened, she insisted I call you back immediately.”

So…with a smile on his face, Bug said, “Yes sir, I’ll send someone over right away.”

Bottom Line: Don’t underestimate rats.  If you attempt to tackle it yourself…just in order to try and save a few bucks…you are making a mistake and, in some cases, it can have expensive results!

If YOU have a problem with rats …or any other pest…call me, Coby McConnell, President, Coby’s Tentless Termite and Pest Control, at 727-462-0400.  I’ll be happy to speak with you anytime.

P.S. Don’t forget to ask about our FREE 58 Point Pest Analysis of your home or office!